I remember my first remembrance day. My family had immigrated to a strange country “Canada”. It’s a country that I’ve never heard of, where it was cold and clean, two concepts that were foreign to to a nine-year old. I went to school expecting a normal day, but close to 11am, we were called to assembly. Most people were wearing black, and Mrs. Marsh pinned this strange red flower over my heart. I tried to string together words to ask what this was all for, but not knowing enough of the language, I kept quiet and stared. I didn’t know that it was a somber occasion, I wasn’t aware that we were commemorating the sacrifices of brave men and women who made our way of life possible.

Take one minute. Think about it : Imagine a soldier’s grave. Imagine learning the name of that soldier, out of curiosity, looking him up. Learning about his family, his life. Maybe even you can find letters or little insights into who he was, where was he before he was drafted? What did he love to read, or play? What was his favourite colour, maybe he had some neat hobby. He had memories of childhood, songs he sung with his friends when he went out drinking or maybe he was the type to quietly read, instead.

In a way, he’d never know you. You could’ve passed him by and he’d probably have just nodded or smiled, not knowing who you were. In his life you’d be a phantom, one he’d never really notice or know of. Cemeteries in Europe and everywhere else are full of these graves, some still meticulously kept, many of them nameless, all of them young, in the prime of life. They volunteered for war. They left behind everything they knew, everything they cared for to fight because it was right. Because it was required of them to defend their country.

He doesn’t know us. He wasn’t even given a chance. How different our world would be without them.

Today, especially today, I am glad I am Canadian. With Britain deciding to leave and the apocalypse officially starting in the United States, I’m extremely thankful that I am a part of a nation which welcomes immigrants, which is known to the world for being overly polite and in which everyone has access to universal healthcare and enjoy the full protection of the law.

Today, we remember. Take a poppy. Wear it with pride. 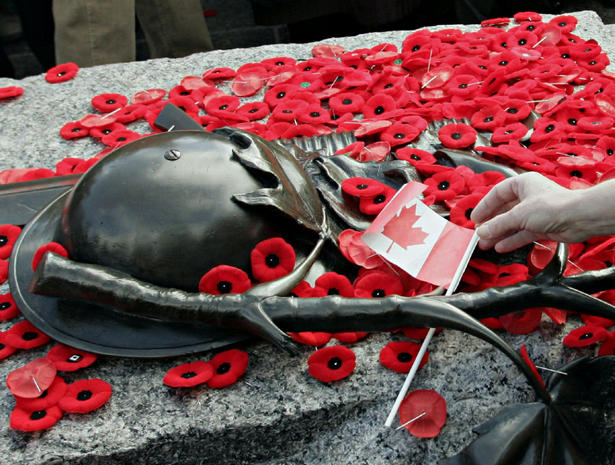