“Let’s move to the Netherlands. We’ll both go. To start over.”

“Don’t you see it? It’s beautiful there.”

(Some time and many googled images later)

“We’ll make it a race. I will move, find a nice Dutch boy, and you can visit me in our windmill.”

“Yea. It will happen. You had better believe it.”

And so my story begins, with a joke made at some unchristian hour in the morning between two friends who would have, at that time, chosen almost anywhere else to imagine living if only to briefly escape their current lives of untold misery. Years later, my friend ended up in Toronto with a Japanese boy and I ended up traveling the Netherlands alone. For the first time, I am winning this race.

Nearly a decade after, I was traveling through Europe. It was a long trip, and the first trip I took in which I deliberately did not plan my destinations beforehand. I was in Berlin when I met three of the most lively people I’ve ever seen. They had just finished high school and were on an adventure before university began. I asked where they were from, and as luck would have it, they were from Holland. I had forgotten about the joke/race from nearly 10 years before.

I never expected to fall in love with Rotterdam. Then I saw the kind of houses some Rotterdammers get to live in. 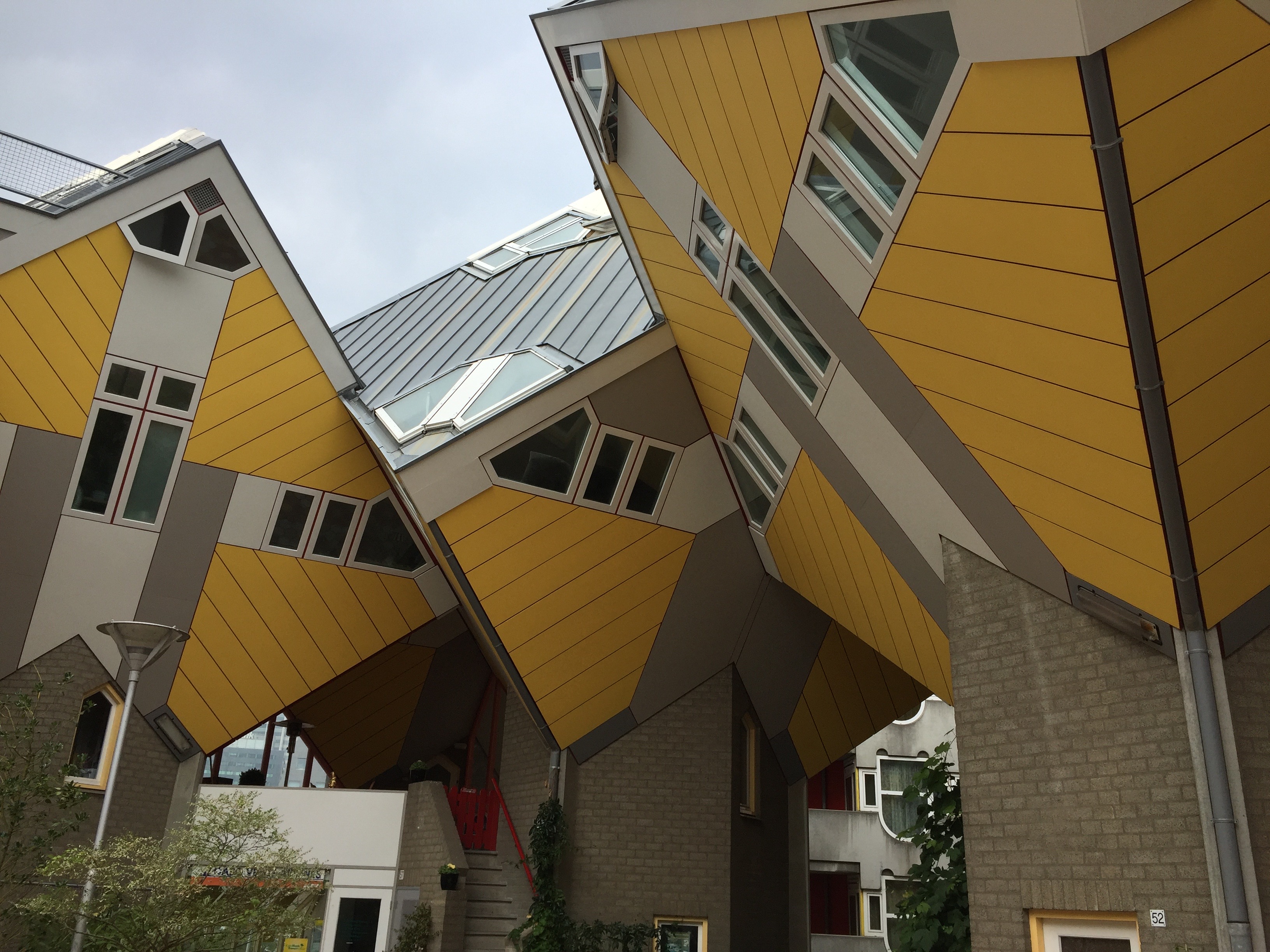 Right then and there, I decided: one day I will live in one too.

A few days later I had to return to Canada. A week later I picked up my phone, fired up Memrise and Duolingo, and got to work. I began with no basics, no support, nothing except the desire to jump headfirst into Dutch culture. I knew no words, but I was excited. I am still excited now.

Some of the people I knew laughed at me. “Why study a language that will be dead in 400 years?” They asked. Others did not understand: after all, didn’t nearly all the Dutch people already speak English? Others, including (ironically) a Dutch person wondered why I was doing this to myself, and they might be right. There was no apparent need, no comprehensible reason, no satisfactory justification this sudden desire.

I think that you don’t need a reason to learn a language; the simple fact that you want to learn should be justification enough. But for all those that have asked and are going to ask, hier zijn drie redenen waarom ik ben het Nederlands leren:

Warning : many dutch words follow. Can’t make out the meaning? Get out the Nederlands-Engels woordenboek!

If you want to eventually live or exchange to the Netherlands, knowing the language is dead useful. Although the Dutch are famous for their tolerance, you will forever be treated as a buitenlander if you speak only English and use it as your Lingua Franca throughout your life.

Dutch is also spoken in parts of the Caribbean, in Sint Maarten, in Curaçao, in Suriname and in the Netherlands Antilles. Afrikaans, a daughter language of Dutch spoken in parts of South Africa and Namibia. Moreover, Dutch shares much of its vocabulary with English and German, and a lot of West Germanic languages have similar words with Dutch. Besides, who wouldn’t want to wander the minefield that as complicated as Dutch Grammar?

I grew up in North America, and I am ashamed to say that most of the people in NA will live and die knowing only their mother tongue. The average European knows at least two languages, some four, and some still more than that. It feels so american, expecting other countries to speak your dialect of your language. More often than not, we take for granted the fact that we already speak the language that happens to be default Lingua Franca of the world, such that when we travel, we can’t even muscle up enough willpower to ask whether the locals speak English in their local language, we have to ask whether they speak English in English.

Throughout my travels, I have been fortunate enough to meet a bunch of Dutch speaking people, and even more privileged to call them my friends. When it comes to learning Dutch, they have been the most appreciative, supportive audience I can ever hope to ask for. Even in Amsterdam, where the locals switch to English as soon as they detect your difficulty with Dutch, they are more than happy to wait for you to sputter out the few Dutch words you know, and eager to offer corrections. A worker at the Apple Store even said that he was very appreciative of the effort. And for those of you who are concerned that the Dutch language will soon die, if it does, it won’t be because of me. I’m not the one insisting everyone else speak Engels!

A language lover and fellow Canadian said once that “all challenges become adventures when you become fascinated.” This could not be more true when it comes to learning languages. You have to be fascinated, and when this happens, every challenge becomes an adventure.

I remember very well when I realized I loved the Dutch language. I was in Amsterdam, looking up directions to the start point for a walking tour on my phone. I had walked from Centraal station just a few moments before, and I jokingly remarked that every second Dutch word seemed to come from a two-for-one vowel sale. Then, I looked up and realized that since I was in the Netherlands, I had been looking for the wrong thing. In reality I wasn’t looking for the National monument at all. I was looking for the Nationaal monument 😂.

I started with no basics, learning the word for man, the word for women, for boy and girl, and struggling to pronounce everything. I reveled when words were the same in Dutch as they were in English, and often I confused the spelling of words between Dutch and English.

It’s been a month. I still know very few words, and it takes me five whole minutes of form even the simplest sentences. My pronounciation (uitspraak) is most likely wrong, and I probably sound like an emotionless robot. But I don’t care. Better a robot a Dutchie can understand than a monoglot full of emotion. I will get better, and with practice and some divine intervention, perhaps one day Nederlands will be my language too.

One of my favourite Dutchies I’ve ever had the pleasure to call my friend believes strongly that whatever will be will be. Though I don’t believe the same, it fits strangely in this situation: Ik vind dat het Nederlands is een mooie taal, zo ik het Nederlands leren. En op een dag, dit zal mijn land ook. I will call this beautiful place home.

And the doubters, the naysayers, those that made fun of my conviction will be left in the dust, over zijn, voorbij. Just you wait.